2014 04 30. "Assembling the Companion to Irish Traditional Music. The issues, politics, challenges and practicalities of compiling the first encyclopedia of Traditional music in Ireland". An illustrated talk with music and images. Newry City Library, Co. Down.

2014 04 “Marching to Dancing, Military to Recreation: A talk and Performance which tells the Story of the Flute in the Music of Ireland". Hosted by Castlewellan Futures group at  Hillyard House, Castlewellan, Co. Down.

2013 08 – Guest Lecture/ performance  at The National Library of Australia, Canberra

2010 -08 – ‘Revising The Companion – the establishing of an encyclopedia of Irish Traditional Music’, guest lecture at Shamrock in the Bush Irish Studies symposium, Yass, Australia.

2010 05 From battlefield to boreen, Basel to Ballymoe: How the wooden flute was colonised by Ireland, Guest lecture to North Mayo Education Forum, Westport.

2009 -05 - Hunting for the bodhrán – was there ever a drum in Ireland in the past?. Guest lecture to Clare Island Folklore Weekend, Co. Mayo.

2009 04 Hunting for the bodh-rán: Myth, imagination and wishful thinking in the construction of a past for a unique Irish percussion, paper at British Forum for Ethnomusicology, Liverpool.

2009 -02 – Traditional Music Support in the Irish Arts System, guest lecture at ‘The Arts, the State, Identity and the Wealth of Nations – Case studies of Ireland and Scotland’ symposium, Trinity College, Dublin.

2009 02 Hunting for Borrane_ the invention of the Bodhrán drum in Ireland. Paper to ICTM Ireland conference, University College Dublin

2008-08 The Music of Clare in the Modern World, Guest lecturer at Merriman Summer School, Lisdoonvarna.

2006 02 – Summary paper - Music and Identity in a National Ethnomusicology - to symposium of Irish chapter of International  Council for Traditional Music, University of Limerick.

2003 10 Guest lecture, Fiddlesticks in the Closet ‚ Ulster-Scots, and Protestant suspicions of Traditional music, at Come West Along the Road, symposium, New York University.

2003 07. Guest lectures to Iowa Writers‚ and to USIT international summer schools at TCD.

2003 05 03 Invention Of Tradition, Imagined Community And The Ulster Scots Quest For Identity Through Music. Paper to - Society for Musicology in Ireland conference, Maynooth.

2002 11 08 Pick “n mix‚ in the culture supermarket: The Ulster Scots quest for music as identity. Paper for Economic and Social History Society of Ireland Conference, Limerick.

2002 08 15 - “The music of breaking glass ‚ the classicisation of Irish Traditional music and its implications for third level education”, paper to ISME (International Society for Music Education, UNESCO backed) biennial conference at Bergen, Norway.

2002 04 12 “The Peeler and the Goat ‚ identity, music and classicisation” - Paper at British Forum for Ethnomusicology conference, Edinburgh University.

2002 03 12 “From Crossroads to Concert hall - The classicisation of Irish Traditional music” - paper in series “Public Lectures in Irish Studies” given at NUI, Galway‚ s Centre for Irish Studies.

2001 03 14 Heads up! The Traditional music revival and its location in the notion of - Irish National identity, Paper at NYU Grian conference, New York University.

1995 0909 - Music And Dance Back At The Crossroads, guest lecture at Cork Folk Festival, Triskel Arts Centre.

2013 12 – Essay – “The hind teat: strategic misassumption in the promotion of Traditional song in the English language”; pp. 53-68 in <em;">Béaloideas 81 (Journal of The Folklore of Ireland Society, Dublin).

2013 - 10 – Entries in the flute in Irish music in EMIR – The Encyclopaedia of Music in Ireland. Dublin: UCD Press.

2004 02 Invention Of Tradition, Imagined Community And The Ulster Scots Quest For Identity Through Music. Proceedings of Society for Musicology in Ireland Conference 2003 (web publication).

Emir - The Encyclopedia of Music in Ireland - review commentary and statistics.

Articles on Irish Traditional music appear in various media from 1994 onward. These begin with a column in the now-defunct Evening News, previews and album and live gig reviews in The Irish Times(1994-2002), a series on musicians in Irish Music magazine, and a weekly column and album reviews in The Sunday Tribune (1998-2002). There are also academic articles in various Irish Music journals, including Journal of Music in Ireland / JMI, album sleeve notes and conference and other programme preambles. 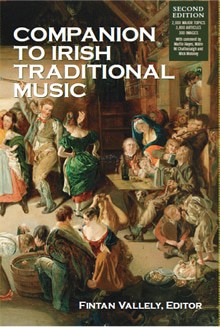