Fintan Vallely is a musician, writer and speaker in and on Traditional music. A performer since his younger teens in the early 1960s, he has travelled widely playing music - in Ireland, Europe, Scandinavia, Canada, the USA, Asia and Australia, and in 1986 was the author of Timber, the first tutor for Irish flute. He teaches flute at Scoil Samhraidh Willie Clancy (summer school) in Co. Clare annually and at workshops internationally.

His first recording was an LP and cassette - Traditional Irish Flute Music - in 1979, now also on CD. Playing with him on this was bouzouki player CB Heinemann, concertina and piano player Lori Cole, and guitarist Mark Simos. In 1990 Fintan and Mark made a second album, The Starry Lane to Monaghan, now remastered as Back To The Starry Lane. Fintan also toured in Scotland and England during the 1980s and ‘90s with guitarist Dáithí Sproule, and also with singer and accordionist Tim Lyons, with whom he recorded  Knock, Knock, Knock, an album of satirical song, accordion and flute music, on cassette; the song from this was remastered in 2004 as the CD Big Guns and Hairy Drums. Tim’s and Fintan’s songs from this disc were published in 2008 along with fifty or so by other writers in Sing Up! Irish Comic Songs and Satires for Every Occasion. Over the years 1995-2013 Fintan went on to perform A Fool’s Errand, a show with the late poet Dermot Healy in which he played his own compositions; this has been broadcast on National radio. The tunes from this period were released on CD as Merrijig Creek in 2021.

A commentator on Traditional music too, from 1990 – 2011 Fintan concerned himself with the scarcity of information and resource materials, writing as a critic The Irish Times and The Sunday Tribune, and lecturing on the music at the National University of Ireland, Maynooth, later at University of Ulster, Trinity College Dublin, Dundalk Institute of Technology, Queen's University Belfast, University of Newcastle and in the USA. He now applies this knowledge in occasional guest lectures and reviews, and since 2011 he has concentrated on performance.

Drawing together his performance and academic knowledge is his major published work Companion to Irish Traditional Music (1999 and 2011), now an 880-page encyclopedia of Irish traditional music and its related cultures; third edition in 2021. His other books have dealt with a variety of musicians including Antrim flute player John Kennedy (Together in Time) and Leitrim fiddler Ben Lennon (Ben Lennon - The Tailor’s Twist). In 1998, The Blooming Meadows, his book with accordionist Charlie Pigott and photographer Jacques Piraprez Nutan, had interview-essays on thirty modern-day Traditional players. A new edition of his flute tutor - A Complete Guide to Learning the Irish Flute – which incorporates a full range of techniques involved in traditional flute playing - was published by Walton’s Music, Ireland in November, 2013;  this draws on his 2004 Doctoral research into the flute in Ireland. His other research is on the origins of the bodhrán in Ireland, and on Traditional music and identity (Tuned Out - Traditional Music and Identity in Northern Ireland, 2008). With Liz Doherty, Hammy Hamilton, Eithne Vallely and Cormac Breathnach he ran the first conference on Traditional music - Crosbhealach an Cheoil / The Crossroads Conference, in 1996, and published its papers on Tradition and Innovation in 1999; they ran a second conference in 2003, on Education and Traditional music, publishing its papers in 2013. In 2012 Fintan and Liz Doherty ran the North Atlantic Fiddle Convention conference, in 2020 publishing its papers – Ón gCos go Cluas - on the change in Traditional music from dancing to listening. In the course a residency for research work for the Companion Fintan at the Princess Grace Irish Library in Monaco in 2008 Fintan was introduced to its collection of 1,300 Irish-American song-sheets; by invitation he returned in 2019 to catalogue these, published in book form in 2020 as The Princess Grace Irish-American Song-Sheet Collection Catalogue.

Over the years he has composed topical satirical songs and instrumental tunes; the songs were published as Sing Up! Irish Comic Songs and Satires for Every Occasion! in 2008, and the tunes are on the 2021 CD Merrijig Creek. In 2012 his academic and artistic knowledge were brought together in the presentation of Compánach, an audio-visual, music-concert interpretation of his Companion book, in which live music, song and dance are illustrated by big-screen, background photographic imagery. Now with Arts Council support, this is developed as a TV-style, documentary movie. Merrijig Creek also benefited from Arts Council funding in its early stages, as did the second edition of the Companion encyclopedia.

Fintan has travelled widely playing music - in Ireland, Britain, Europe, Scandinavia, Canada, the USA and Australia, and from 2013 until the covid restrictions, toured with Compánach with Dundalk fiddler Gerry O’Connor, Monaghan piper Tiarnán Ó Duinnchinn, dancer Sibéal Davitt, singer Máire Ní Choilm, and singer and fiddle-player Róisín Chambers. Other performers have joined this show, including fiddle player Liz Doherty, singer Karan Casey, and dancer Emma O’Sullivan. The movie and DVD of this will be released in early 2021 under the title Turas - Virtual Ireland in Music.

2011 - The Tailor’s Twist – The Life in Music of Ben Lennon of Kiltyclogher, with photographer Jacques Piraprez Nutan

2008 - Tuned Out – Traditional Music and Identity in Northern Ireland

2008 - Sing up! Comic Songs and Satires of Modern Ireland.

2008 - JB Vallely - Retrospective: Painting, music and sport in the life of the Armagh painter.

2001 - Together in Time, the life, times and music of John Kennedy of Cullybackey.

1998 - The Blooming Meadows - the Soul of Traditional Music [essays, with Charlie Piggott, and photography by Jacques Nutan].

2021 - Back To The Starry Lane, a full re-master and ordering from master tapes of the 1992 Starry Lane to Monaghan.

2018 - Compánach - Music from all the counties in Ireland (2xCD; independent production) 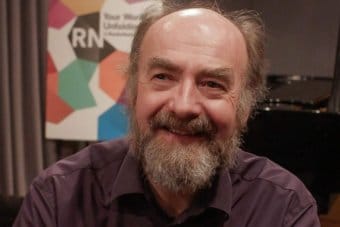