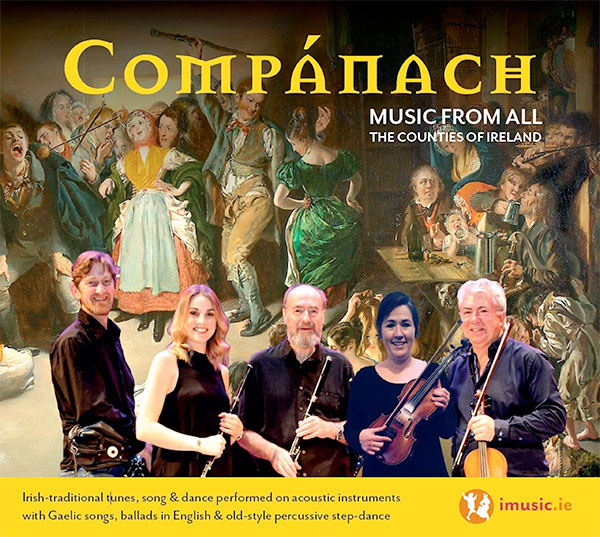 This is an independent project developed and financed by the work of the artistes, without State Arts funding. It has been aided considerably by the support of concert-goers in Ireland, Europe and Australia. The contribution by Culture Ireland to certain public performances abroad is gratefully acknowledged as part of development, as are the advice and artwork by Martin Gaffney, and the initiative of Cork University Press, publishers of Companion to Irish Traditional Music. Full information on all aspects of the project on comitm.com.

The music of Compánach and all of the live show’s images are now released as a TV-style documentary, images backed by musicn in 2021, in response to the Covid shut-down of music. This uses the  title Turas – Virtual Ireland in Music 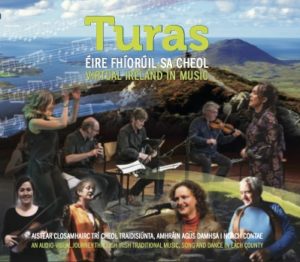 Look at the opening set of Compánach on the Turas video