The compilation of The Companion to Irish Traditional Music, 2011′, IAML, Trinity College

Digital Tír na nÓg in 2011: Issues of passion, canon and change revealed through the  compilation of The Companion to Irish Traditional Music, 2011

The Companion to Irish Traditional Music was the first attempt at categorisation in Irish Traditional music. An 478 page encyclopedia, published in 1999, it sold some 5000 copies over five years, and the second edition (which has just been completed) has been in demand ever since. The new edition has expanded by 70%, and the scale of this development is interpreted as a response to both a broadening of the field of reference, and a loosening of genre boundaries in music in Ireland. Facilitation of this increase has been greatly aided by database and IT technologies. These, by their nature, have prompted a more precise categorisation methodology which in turn feeds back into aesthetic considerations concerning the nature and performance of this music.  Greatly productive, the process’s logic is that the work is definitely not a memorial-style  ‘Digital Tír na Óg’ (land of eternal youth) for Irish Traditional music data. But objectively, by drawing together all existing publication, personae and analysis in the field, The Companion process documents and affirms an active canon. 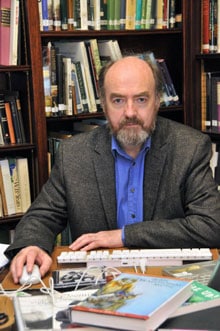