Traditional music is soundly established in Ireland as a ‘national’ music with a cross-class goodwill that sees large numbers of young people playing it as their music of choice. It is guided by enthusiastic idealists who run week-to-week teaching and seasonal music schools;  they make things happen by belief, commitment, foresight, planning and persistence. Their work is paralleled by equally dedicated people in Scotland, England, Europe, Scandinavia and North America, all of whom are linked to Ireland by performance and touring in the one disparate, global community of taste. Part of this picture too is the university-level study of Traditional music in Ireland and Britain, out of which comes much valuable research and writing. The Crosbhealach/Crossroads conferences set out to understand all of this better, and this second volume of papers is a diverse range of voices which assess aesthetic, practical and academic aspects of formal and informal Traditional music learning. The thirty-four essays in this volume are a cogent contribution to Irish Studies knowledge, and are of particular relevance to education, State agencies and the media. They should add too to the confidence of those involved in performance and promotion, for they show Traditional music internationally as alive and engaged – a challenging, satisfying contemporary music of the twenty-first century.

Read the full information on this book

Reduced postage on multiple copies. The book will be printed in batches in response to future demands. 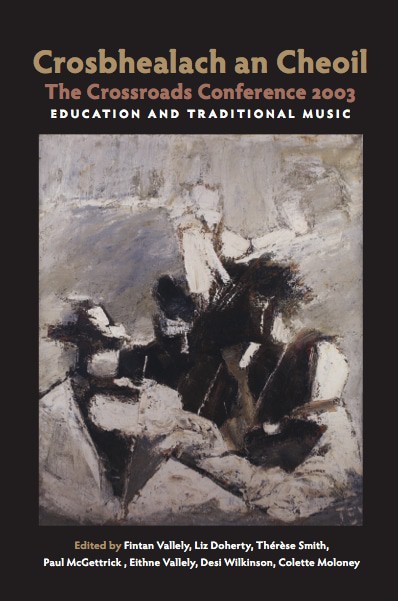